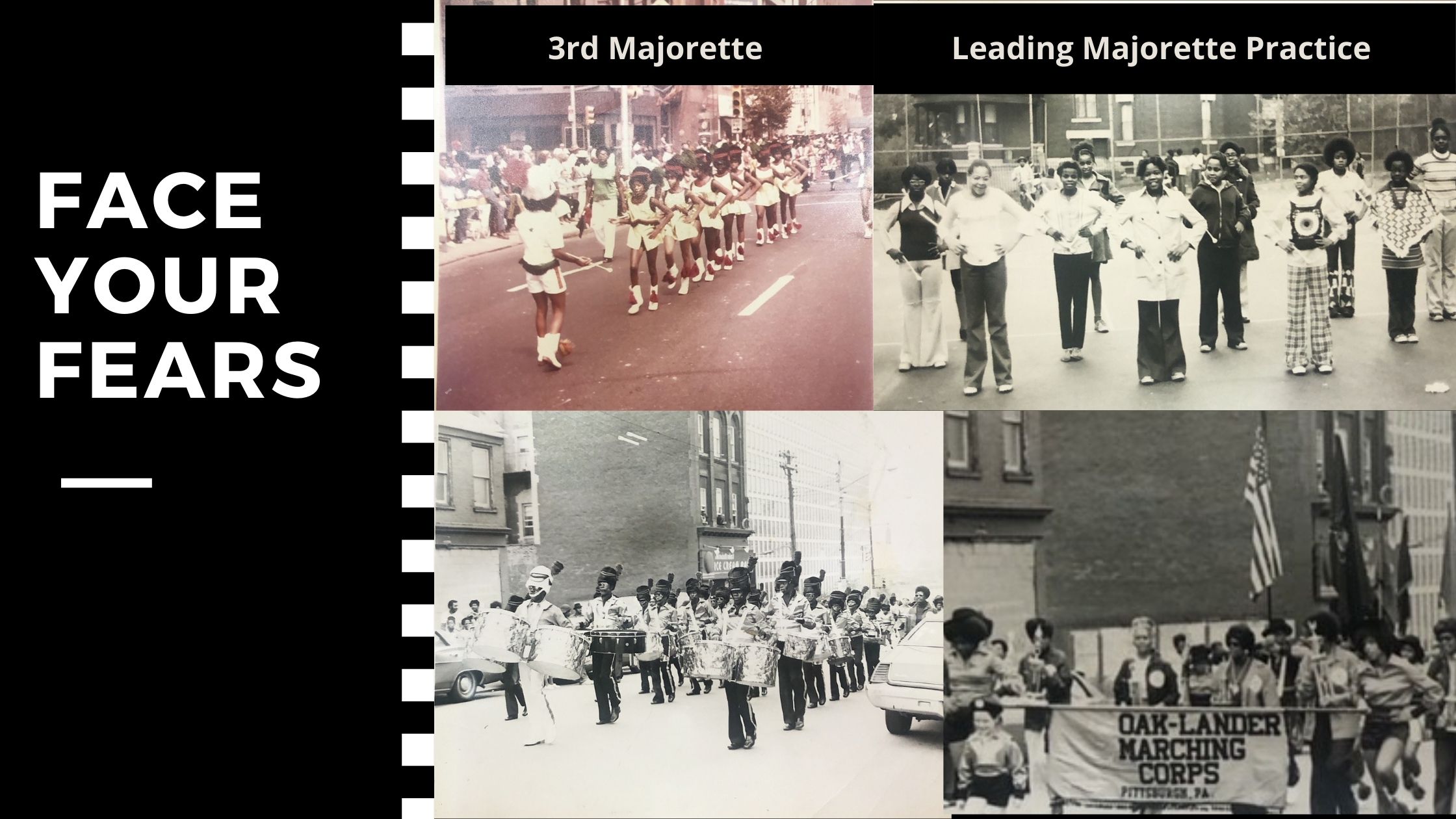 Growing up left-handed in a right-handed world was sometimes challenging. I was the only one in my family of eight children who was left-handed. It never seemed to be a problem until around the age of 11.  That’s when Mrs. Gail, a woman who lived around the corner from us, began teaching a group of neighborhood girls how to twirl a baton. She had been a majorette at Westinghouse High School in Pittsburgh and had perfected the craft.

Mrs. Gail was a high-spirited woman with a beautiful smile. She had long, silky black hair that was always pulled up into a majorette style ponytail–the kind of ponytail that swished from side to side with every turn of her head. She was married and had two young children. Many of us baby sat for her while she and her husband went out.

One day she brought out her coveted batons and began teaching us how to twirl them. Over time, twirling the baton became part of our pastime and we would go to Mrs. Gail’s house for lesson after lesson. My natural instinct was to twirl the baton with my left hand, and I became good at it.

Then the number of girls being trained grew and grew. Before we knew it, a full-scale community marching band was formed called the Oaklanders. In addition to majorettes, there were drummers, color guards, rifles handlers and a pom pom girl squad. Practically every neighborhood kid participated.

That’s when I was told, if I wanted to be a majorette, I had to switch to twirling the baton with my right hand.

“What do you mean?” I responded in fear and disbelief.

My 11-year-old self could not believe the betrayal. My confidence sunk to an all-time low as I faced the fact that I would have to start from scratch.

I initially had a negative attitude of the highest level and quickly went into the victim mode. My internal voice supported my victimhood and fears: “Why can’t I just twirl with my left hand? What difference does it make which hand I use? Why am I being singled out? I don’t think I can do it.”

I went home and moped around for a few days not knowing what I was going to do. All my friends were going to be in this community band, except me. As far as I was concerned, my world had ended.

On the third day of my “so-called” depression, my mother came to my room.

I began explaining my dilemma to her. At first, I thought she might go around the corner and give Mrs. Gail a piece of her mind. However, she did not. Instead, she reminded me of other challenges I had faced and came out as a winner.

You don’t want to sit on the sidelines of life because of this,” she said. “Remember, practice makes perfect.”

I realized my mother was right and her advice gave me renewed energy. Like a phoenix I rose with the determination to be good at twirling the baton with my right hand. I spent every available hour practicing and practicing. I repeatedly told myself, practice makes perfect! At first it was awkward. Then over time, twirling with my right hand became more natural. When it came time for tryouts, I made the majorette squad! Not only did I make the squad, but I also eventually became one of the head majorettes of the band.

To this day, twirling a baton is the only thing I can do well with my right hand. I can’t imagine twirling it with my left hand. And to think, I almost gave up before even trying.

Do you have a fear that is holding you back? Here are tips that can help you break through to the next level of success: