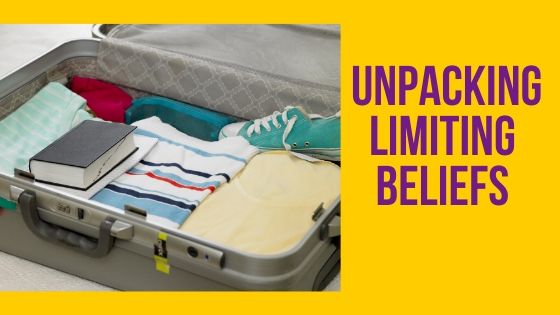 These are just some of the limiting beliefs that many of us have.  The question is: why do we allow limiting thoughts to fill our mind?

The beliefs that we harbor can either be empowering or limiting.

Most fears are just limiting thoughts that run in our mind and create horrifying mental scenarios about what might happen if we fail, and what people might think about our failure.  Our life’s circumstances can also impose mental and emotional boundaries.  However, we can cross those boundaries by changing our thoughts and attitude, and by thinking big, no matter what our current circumstances are.

For instance, if you are convinced you can’t lose weight or you are terrible at relationships, you have already set yourself up to fail.  Even if you try, you have a high probability of sabotaging your efforts.  It’s best to adopt a “can do” attitude.  For example, I always believed I was smart enough to attend college even though my high school guidance counselor all but told me I was not college material.  Not only do I have my bachelor’s, I have a master’s degree too. (But that’s another blog in itself).

Recently I was talking to a colleague about stress.  She said she could never relax because of the demands of her job, and in fact, her mind was always active.  As a result, she often woke up in the middle of the night and was constantly tired during the day.

“Have you tried getting some exercise,” I asked.

We then talked about how exercise sometimes contributes to creativity and may help with the anxiety.  At the end, she promised to get up a half hour earlier and workout at least three days a week.  I’ll check in with her in a few weeks to see if she stuck to her commitment!

Changing limiting beliefs is hard. First we have to be in tuned with them.  Then we need to replace them with empowering beliefs.  Each time a negative thought enters your mind, immediately replace it with a positive one.

The truth is whatever we believe shapes our reality.  So why not make it a habit of expecting the very best of yourself.