Are You the Only One? 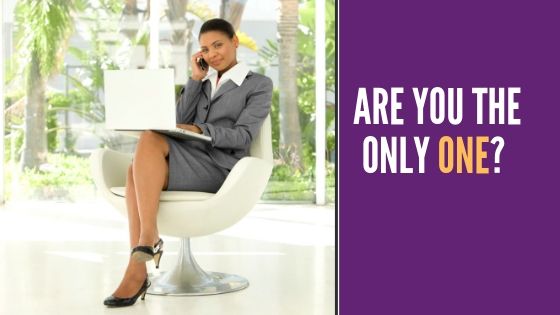 When I began my career in public relations in the 1980s, I was the only minority and the only woman on a 10-person communications team. Today, there are many more women in the communications field, but there is still a lack of diversity when it comes to people of color. And, both women and people of color become even more scarce as you move up the management ranks.

Being the only one is not new for me. It began in fifth grade when I found myself the only African American child in my classroom at the local Catholic grade school to which I was hastily transferred after my parents had a falling out with the public school principal. It got better in high school when there were a few more African American students. When I reached college, only three people of color were tracking with me in the business school. By the time I entered Corporate America, I was used to being the only one.

Recently, someone told me that a male colleague implied that she had been promoted only because she was a woman. “How should I respond?” she asked.

I told her she earned her seat at the table and there was no need to justify her position.

Being the only woman or person of color can be stressful and presents many challenges. Here are just a few:

Work Twice as Hard. Far too often women and minorities must be twice as qualified as their male counterparts to be considered for the same position. Also, the males might be making more money for doing the same job. The 2019 Pay Gap study concluded that for every dollar a white male earns, females earn $.79.  When it comes to women of color, the gap is even wider at $.74 for every dollar earned.

One is a Lonely Number. The higher you climb up the management ranks, the lonelier it gets. So, it’s even more important to have a support system. Reach out to women peers in other companies. Also, be intentional about mentoring and supporting other women who join the ranks after you. For instance, whenever you are in a hiring position, make sure to bring in diverse candidates to ensure diversity of thought on your team.

The Lone Voice. While I don’t believe I should have to speak on behalf of my entire race, there are times when it’s necessary to provide a diverse perspective. For instance, a few years ago, I attended a presentation regarding an HR recruitment campaign entitled, “Birds of a Feather.” The person who delivered the presentation had already created promotional materials including a colorful feather in a box that was going to be used to incentivize employees to refer friends and family members to the company.

After the meeting, a male colleague asked me, “Wasn’t that a great concept and presentation?”

My response: “I’m not sure that “birds of a feather” is positive as it doesn’t indicate inclusion. In fact, as a minority, it almost says that if you are not in the club, or if you are different, you are not welcome.”

The campaign was eventually pulled. More importantly, if I had not spoken up and brought a different perspective to the table, the campaign would have kicked off and who knows what kind of backlash the company would have suffered.

There are still many professions where being the only women or minority on the team is sadly all too common. Ideally, companies will begin putting a real effort into their diversity and inclusion programs and pave the way for future generations. In the meantime, if you are the only one, it’s important that you put networking with other women at the top of your priority list so you can feel less alone and more empowered.

What experiences have you had as the only one? Share some of the challenges and how you have handled them.